“Pakistan is wellknown in Norway and almost every Norwegian is familiar with Pakistanis.”, begins Ali (1982, 88) his account of the 'Pakistani' presence in Norway at a 'European' conference. Then as today this comes to most 'non-Norwegians' as a surprise. It is little known that Norway has not only a large  population marked as 'South Asians', but that 'Pakistanis' actually form the largest racialised group in the country. 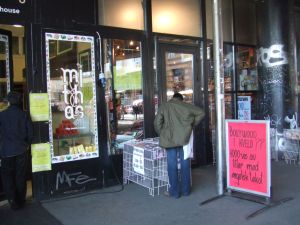 Before 1970 there had not been any considerable migration of 'South Asians' to Norway. Up to this time the migrants preferred countries like Great Britain, Germany and Denmark, which were better known and/ or offered higher incomes. But as tightened entry restrictions in these countries fell together with the discovery of North Sea oil in Norway, the latter became more attractive for 'South Asians'. The possibility of gaining work permits and resident visas offset, according to Ali (1982, 88), the deterrence of lower wages. The pioneers informed friends and relatives of the opportunities. Agents started to organise the transport against payment and thus the chain migration of 'Pakistanis' from a particular region of Pakistan to Oslo in Norway had begun (Ahlberg 1990). Those who were there already longer, helped the newcomers and the authorities issued work permits. Ali (1982, 88) estimates that by 1973 2,000 'Pakistani' workers had in this way entered the country. Now also Norway introduced first controls of immigration. As these did not succeed in stopping the inflow, further controls were introduced in 1975 and 1978. The latter discouraged in particular the migration of students. Thus when Ali gave his account in 1982 legal entry to Norway was reduced to family reunion and special exemptions (compare Ahlberg 1990). A 'Pakistani' community was beginning to establish itself – being already at this time with approximately 7,000 men, women and children the largest immigration group .

With approximately 1,200 migrants in 1978 (Kramer 1980, 1) those marked as 'Indians' form a much smaller but still significant immigration group. Their migration history is similar to that of the 'Pakistanis', starting in the late 1960s when the opportunities of getting work in other 'European' countries were diminishing. Like the 'Pakistanis' also the 'Indians' were primarily employed as unskilled or semi-skilled workers, doing jobs they would not enter at home. Some entered higher education. There aim was to earn as much money as possible and then return to 'South Asia'. By 1980 nonetheless family reunion had started, women joined the bachelor men and thus social, cultural and religious community structures started to develop. Social contact to 'white Norwegians' remained restricted, the ethnic and especially national identities were fostered and close links with the family back home kept.

'Gujarati Ugandan' refugees who had come to Norway in the 1970s clearly distanced themselves from these workers, especially the 'Pakistanis'. As refugees they had found a warm welcome and much financial help in Norway. As refugees they had a much better reputation than the foreign workers, and this they were eager to keep. This small group of privileged 'South Asians' was joined in its refugee status from 1987 onwards in ever larger numbers by 'Tamils' from Sri Lanka , who soon started to establish their own infrastructure .

They are certainly the group marked as 'South Asian' in Norway, which has displayed in the last decade the highest growth rates. In the year 2000 there are more 'Tamils' then 'Indians' in the country. In absolute numbers, however, the population marked as 'Pakistani' is unrivalled, still today it forms the largest racialised group in Norway. The number of 'Pakistani' citizens, however, is steadily decreasing as this community displays one of the highest naturalisation rates in Norway. Today more than half of the ethnicised 'Pakistanis' have the Norwegian citizenship. Two out of five are members of the second generation. Those marked as 'Pakistanis' are thus clearly a part of the Norwegian society, who will stay. Even if some neonazis do not like this idea (taz 30.1.01).

As 'Pakistanis' form the largest racialised group in Norway, much research has focussed on the category.

... and much more in Norwegian.